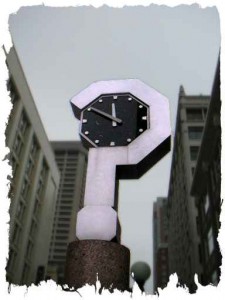 I was, of course, wrong.

But that’s okay! The post itself came out all right, and people had some good feedback and thoughts on it, so let’s call it a win and move on.

De clarified her interest in comments:

Ooh. I like that. That’s interesting. Let’s talk about it.

We join spokes together in a wheel,
but it is the center hole that makes the wagon move.

We shape clay into a pot,
but it is the emptiness inside that holds whatever we want.

We hammer wood for a house,
but it is the inner space that makes it livable.

We work with being,
but non-being is what we use.
— Tao te Ching, verse 11

I am a big fan of not describing anything that I don’t absolutely have to. In Adrift, here’s the stuff that I’ve described:

All of these things called for descriptions for different reasons. D’s pale skin is relevant in a larger context as a creche-child, which is historical background and plot-significant, and it will contrast her with almost every other human around. The Drift is a weird setting and some ground rules needed to be established: both what it is and what it is not, and it also starts to hint at the weird ‘paradise lost’ history of humanity in the story. Bilabil’s an alien; I needed people seeing a six-legged sloth, not (say) a big bug, and to see the parental nature of its existence, which echoes Finn. Bin’s a magical creature, and I wanted people seeing the same kind of magical creature, or at least the same specific elements. The Bazaar is a weird location, unlike any ‘space market’ I’ve read about — an inward-facing globe, thick with vegetation, and a marked contrast from the rest of the Drift — it’s a core of life inside a dead thing, and it parallels some other stuff that’s important. I also had a clear picture of Five Finger Freight and wanted that to be conveyed, because it tells us something about Mak before we meet him.

Stuff that I didn’t describe:

Why did I leave those things out? I firmly believe that in any situation where the description of a thing only does one thing (tells you what something looks like), it can probably be left to the reader for the most part. Certain things can be implied in order to inform the reader’s impression, but you don’t need to spell stuff out.  In fact, you’re better off not to, because what the reader comes up with out of their head will be (subjectively) better (read: more effective) than anything you write down.

Which isn’t to say I don’t imply things about their appearance, which is where I was going with the little quote from the Tao. I give the readers the shape and dimensions of the the jar, but they fill it up with whatever they’re bringing to the party.

There’s a funny and useful story about this. In Hidden Things (the book I’ve got representation for), there’s a dragon. The Dragon is probably one of my favorite Things in the whole book. I love it. I wrote the Dragon in a very particular way because it is a very powerful Hidden Thing and is very hard to perceive directly. This left a LOT up to the reader’s imagination, but I had no idea how much until one day when I referred to the Dragon as “he” in a conversation with someone who’d read the book.

They didn’t know who I was talking about. The Dragon was female. Clearly. Duh.

I stared. Possibly, I blinked.

Then I called a couple other readers and asked them what gender the Dragon was.

Anyway, I was able to go back into that version of the story and point at specific instances where I’d referred to the Dragon as “he”.  This point did not convince anyone. I eventually embraced the weirdness and removed the gender-specific pronouns.

That incident is why I believe so strongly that you really should leave as much as you can of the ‘unimportant’ stuff to the reader.

So when is it important? When you need the description for something else as well. When the description is both a description and foreshadowing, or when it’s a clue, or when it matters to the larger plot. When (again, to reference Chuck’s post) it’s doing more than one thing.

Example:
In the Adrift episode I am going to record tonight posted Thursday, Finn makes a specific point of narrator-commenting on the politeness of one of the people he meets; how unusual it is — like crawling through a rotten old space hulk and emerging in a cathedral. I wasted time making a note of that and making that analogy because (spoiler!) much later in the story, the flipside of that unlikely analogy actually happens.

When you need it to exist in the reader’s mind in a specific way, or including specific elements, because of some bigger thing going on in the story. (If you’re feeling decadent, you can also include ‘when you have this awesome imagery that you really want to include’, but be aware that you really should make that awesome thing more broadly relevant in order to justify keeping it around during revisions.)

3. When you do describe a [thing], how elaborate should you get?

You know what I’m going to say. Initially, three key facts. No one will remember more than three anyway, so they’ll cherrypick from a longer list, and might not focus on the Important Thing. You can introduce additional facts later. (Note: I totally break this rule in Adrift — Bilabil has fur, six legs, asymmetrical rows of nipples, a marsupial pouch, and big teeth. We hang out out with it for a long time, though, so maybe it’s okay.)

4. What is it that you’re trying to accomplish when you’re describing the [thing]?

5. What is it that you lose when you describe the [thing], other than the ability of the reader to fill in the details for you?

I’m not sure that you lose anything else, but I would shift the wording a bit: you lose the ability of the reader to fill in the details for themselves. The most awesome [thing] in my head that I then describe will not be as awesome as a similar awesome [thing] you think up in your own head…

Unless I can add depth to the [thing] by tying it into the rest of the story in some important way — that extra dimension hidden within my description is the thing I can do as the writer that the reader cannot, which makes it possible for me to cheat come up with cooler things than the reader would have thought of.

14 Replies to “More on the Descriptions: the When and Why”