Sums things up pretty well. “Adrift” is unfairly weighted, but aside from that? It’s a pretty fair impression of my daily life, honestly. In a hand-wavey kind of way.

Here’s one that’s a little more accurate and less Adrift-tilted:

Via Wordle, a word-cloud displaying the most commonly used words on my Twitter feed. Submitted without comment; I’m too busy being narcissistic.

Things have been a skosh quiet on the blog over the weekend, but that doesn’t mean I haven’t been tappity-tap-tapping else where within the intertubes.

Mostly notably, if you’re interested in a fun, VERY challenging board game, may I direct you to this post on my gaming blog: We got our butts kicked by Shadows over Camelot, and it was excellent.

I’ll have some more stuff soon, but right now I’m wrestling with some technical glitches within WordPress itself, and it’s hard for me to write something when I know the machine I’m writing on is broken.

So, while the weather has been, if not as blizzard-swathed and snowbound as originally predicted, not exactly outdoor-activity-friendly, which fact was used to justify a weekend spent (almost) entirely at home, rather than biking around the area or doing HOA penance on the yard.

Unfortunately, being stuck inside didn’t really mean any time off from laborious efforts – if I were totally honest, I’d say I’ve worked more solid hours in the last two days than I have in any given week since February.  Most of that work had to do with moving kt literary from Movable Type over to WordPress and coming up with a swanky new design.  I fully expect the other literary agents out there will be green with envy. (They certainly won’t be purple, as I’m fairly certain we used up all of that color currently available on the free market.)

I really like the design, and so far the feedback from Kate’s readership has been very very positive, which indicates we went the right direction as far as her target audience in concerned.  Kate did a great job on her portions of the redesign (which involved providing almost all of the text copy for the site, a truly gargantuan effort of layout on her Clients page, and retagging every single one of her (daily!) posts for almost a year, since MT to WP migrations don’t capture tags), but I think my favorite bit is the header image, which Kate shot herself, using only a chest in the living room and copies of her clients books.

And I completely redid the layout on this site, when I wasn’t doing anything else.  (This was me. Also, it rocks.)

On top of all that, we even got caught up on Bones and Castle and Dollhouse when our fingers became too heavy to type.

But that’s not all! I’m doing an interview with Joanna from The Creative Penn this afternoon.  We’re doing the whole thing over Skype, with something like a nine-hour time difference (she’s in Brisbane), and I’ll be talking about Adrift, writing stuff in weird mediums in general, books, video games, roleplaying games, books based on games, games based on books, social networking, blogging tools for the technically unsure… and… I dunno, maybe I’ll explain how wikis work, just for fun.

As you know, I do ramble on a bit.

Once that’s done, I believe I might indulge in a bit of ‘it’s the weekend, dammit’, have a couple corndogs (the most American of foods), and play a little Lord of the Rings. 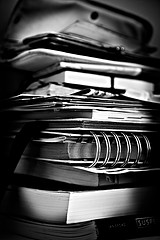 “Find your obsession. Every day, explain it to one person you respect […] and try not to be a dick.” — Merlin Mann, 43 Folders

While bowling this week (which I do with Kate, two of my gamer friends, and one gamer’s better half) I was talking with Tim about various ways one could cook up a blog in wordpress, and he expressed a small frustration with wanting to have a blog about everything he was into, but at the same time wanting to split things out into seperate tabs or something of that nature.

My response to this was a garbled version of some advice I couldn’t quite remember verbatim (the quote at the top of this post, actually); I said that in my opinion the thing to do was put all one’s interests “out there” without apology and trust that over time, adherance to that honesty (and, you know, interesting stuff to say) would ensure that the site would find people who’d find the whole mess interesting (or vice versa).

I then mentioned (as I sometimes do) that if I had it to do over, I’d have put all my gaming stuff and my ‘main blog’ stuff in one big kettle and let it simmer, no apologies.  Highsight. C’est la vie.

Unfortunately, I think Random Average had grown for too long on its own to allow it to be successfully grafted on here anymore, but that doesn’t mean I won’t still try to weave the two together when I can.  To that purpose, I’ve set up an interesting plugin on both sites that allows both blogs to pick up and crosspost specially-flagged entries from their sibling.  We’ll see how that works.

In the meantime I’ll continue my current blogging practice for this site: dumping my daily obsessions into a big pile and poking at the strange unions and bastard offspring that crawl out. 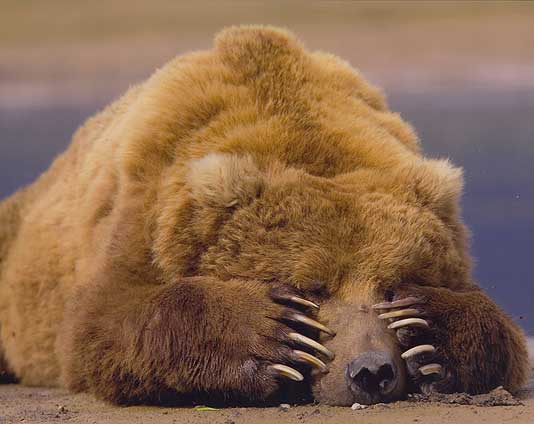 Twitter has a Fail Whale… I have this lovable guy.

I will be trotting him out after days like this, during which I wrestle for several hours with things that shouldn’t really be broken in the first place, only to finally ‘fix’ it by putting it back the way it originally was.

There’s this thing that one of my coworkers pointed out today that I’d forgotten about. We were checking out links on the company database web interface, and he told me to switch to using IE for our meeting “because Firefox doesn’t pop up the text description of the link”.

Wha? I was confused, because in my head Firefox is always performing a brilliant cover of “Anything you can Do…” as it dances around IE. And I knew I had seen pop-up descriptions of links and images in Firefox in the past, and I could imagine why it worked some of the time and not the rest of the time.

So, after the meeting, I poked around and found out that the whole problem boils down to the different between the “Alt” tag and the “Title” tags, with can both be added to either images or links on web pages.

Basically, the “ALT” tag is really only relevant for images – it provides a text alternative to display on browsers that are set up to repress image display; that’s its only purpose. A text-alternative to a text-based link is kind of pointless, so really there’s no reason to have an ALT tag on a text link; just images.

The “TITLE” tag is, as one might expect, the Title of the link and/or image. With Links, it’s often used as a description of the link you’re about to click on.

The basic problem arises from that fact that Firefox will pop up any TITLE tag when you mouse over an image or link, but does not do the same for ALT tags; IE will pop up either-or. Why does Firefox do this? Well, because it’s not supposed to: the ALT tag for images is NOT supposed to produce a tooltip when you mouseover an image or link, according to the HTML specifications for web design and browsers. This is supposed to be the job of the TITLE tag. Firefox has never done this for ALT tags, correctly obeying the spec. IE has always done it for both, ignoring the spec.

Which I really don’t have a problem with… except that:

So… there you go. Nothing profound; just me remembering how the internet works, again.