Berlusconi was able to govern Italy for as long as he did mostly thanks to the incompetence of his opposition. It was so rabidly obsessed with his personality that any substantive political debate disappeared; it focused only on personal attacks, the effect of which was to increase Mr. Berlusconi’s popularity. His secret was an ability to set off a Pavlovian reaction among his leftist opponents, which engendered instantaneous sympathy in most moderate voters. Mr. Trump is no different.

This piece is positively prescient.

This week, Trump settled a lawsuit for $25 million, and the Trump administration is getting packed in with racists, bigots, and white nationalists.

And Twitter's talking about Pence getting booed at a fucking play, and Trump getting shitty about it.

Because of course he is: first of all he's Trump; second, tactically and strategically speaking, he wants everyone's focus on meaningless drama.

Yes, he's a crap human being, but THAT DOESN'T MATTER: pointing it out isn't enough to stop him; it might not even help.

We need to focus on the stuff that actually matters, or he's going to burn the house down while we're shaking our heads at the ugly drapes. 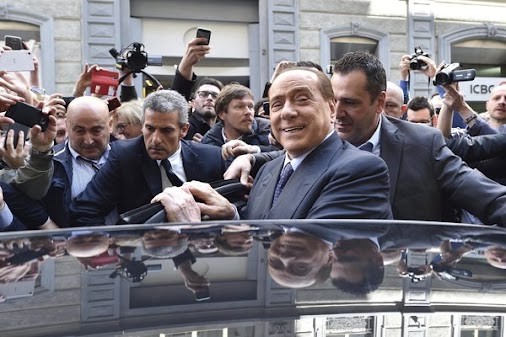 One Reply to “The Right (and wrong) Way to Resist Trump”