As I mentioned yesterday, I’ve already begun some preliminary recording work with Tim White, who’s doing all the sound engineering work on the project. I’ve known Tim for years, and we’ve done some recording in the past (mostly for his podcasts, where editing my tangents becomes something of a challenge) — he’s even helped me set up my own recording tools.

And, having worked with him, I had no doubt he was exactly the person for the audiobook project.

We met for the first recording test back in early September. Tim had just finished rebuilding his recording studio from scratch (following a move) and he was eager to… umm… you know. Set some levels? Track some masters?

People, there’s a reason we’re paying Tim to do the audio stuff.

Anyway, we got together, arranged everything to our satisfaction, and the end product of that first session was splendid; after a few weeks worth of quality time with my laptop, Screenflow, and Prezi, it became the audio for the Hidden Things introduction video.

Once that was done and the project was submitted for final approval from the Kickstarter folks, we decided to celebrate with the first recording session for the book itself.

Which is where we meet the villain of the piece. 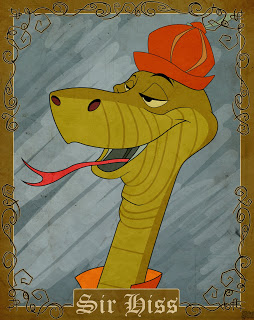 Somewhere between our first and second recording sessions, something had crept into the recording studio. Something evil.

Specifically, it had crept into the microphone I used to read the first three chapters of the book, and the end result was subtle, low-grade, but altogether annoying hisssssssss that lurked in the background, mucking up the sound quality. It didn’t matter whether you listened to the recording on a phone, a computer, a laptop, headphones, stereo speakers, or your car audio (we tested all those and a few more): hissssssssss.

“I think we’re going to have to re-record,” I said. “But hey: extra practice for me!”

The next communication I saw from him showed a picture of the microphone I’d been using, laid out like a frog in Sophomore Biology.

I’d like to say no component electronics were harmed in pursuit of a clean recording line, but that would be a lie.

That said, I’m coming down on the side of “ends justify the means” with this one: Tim informs me that the reassembled gear is crystal clear and ready to go, and I strongly suspect we’ll be back in the studio this weekend.

Most of the project backers have seen this chart already: 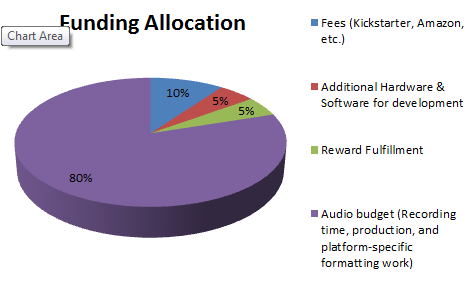 I think it’s obvious where most of the resources are going for this project.

I hope it’s equally obvious why. Our goal is to do the very best recording we can – that’s not empty talk: that’s hours spent bent over capacitors and very, very tiny screwdrivers.

One Reply to “Hidden Things audiobook: Hunting the HISSSSSSS”