“Find your obsession. Every day, explain it to one person you respect […] and try not to be a dick.” — Merlin Mann, 43 Folders 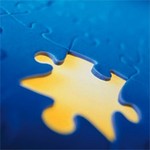 More than once in the past, I’ve tried to figure out ways to combine my various blogs in some way. The heart of the problem is that I’m uncomfortable with importing six years of gaming-related posts into this blog (smothering the stuff that’s already here), nor do I want to move THIS site over to Random-Average (which would marginalize anything that wasn’t part of the vast Gaming Majority).
What I’ve hit upon as a semi-solution involves a certain amount of cynicism about how the internet works today.
Assumption 1: Very few people actually read the website.
Which isn’t to say that no one reads what I’m saying, just that few people read it on the site. Instead, they get it via a newsreader.
Assumption 2: Newsreaders strip your ‘branding’.
It doesn’t matter if I have a certain color scheme on my gaming page and another on this page — the background images, the header images… hell, all the sidebar stuff… none of that is really relevant to most people reading the page, because they’re never going to see it.
The only thing that gets to you, the reader, are the words.
Basically, what that means is that I don’t have to combine my blogs, I just have to combine the signal.
So what does that mean?
It means that through the wonders of technology, the RSS feed for doycetesterman.com is also going to broadcast any updates I make to random-average, and that any changes to doycetesterman.com will be included in the feed going out from random-average. The result: you only have to listen to one radio station to hear everything I’m saying. As far as the majority of Gentle Readers are concerned, I have combined all my blogging in one place, without me actually having to do so.

“If the work that really matters to you involves understanding a relationship between a handful of seemingly unrelated things and then figuring out the best way to portray, magnify, or resolve those relationships, then you’re already doing creative work. Any time you make a connection between two or more axes that hadn’t occurred to you 10 minutes ago, yes, you’ve done something creative. Seriously. This does not require your wearing a beret.” — Merlin Mann

4 Replies to “Putting myself back together”