But here are a few things to understand about Federal involvement in K-12 education.

1. The Constitution leaves the responsibility for public K-12 education with the states.

There is a compelling national interest in ensuring the quality of the nation’s public schools, so the federal government provides assistance to the states and schools in an effort to supplement state support, and thereby get a say in what goes on – without that funding, they can’t really (or at least easily) say much about it.

2. States and localities are the primary sources of K-12 education funding, and always have been.

In the 2004-05 school year, 83 cents out of every dollar spent on education came from state and local levels (45.6 percent from state funds and 37.1 percent from local governments). The federal government’s share was 8.3 percent. The rest was private sources, usually aimed at private schools.

3. All federal education funds are dependent on the recipient school districts’ adherence to federal guidelines.

The Feds CAN’T dictate mandates without attaching those mandates to money, because the Feds are constitutionally NOT in charge of K-12 education.

YOU CAN STILL HAVE TREMENDOUS IMPACT ON EDUCATION AT THE STATE AND LOCAL LEVEL, SO GET INVOLVED.

Funding comes primarily from State and Local sources. Policy decisions come at State and Local levels, including the decision to take Federal money and abide by the associated mandates. If a federal mandate is bad, the related money can be rejected and the mandate ignored. This would hurt, but it is manageable, with preparation, planning, and determination.

Every call you made to an unmoved Senator about DeVos can become a call for local support, local tax dollars, state legislation and support – it’s the same work, and potentially (even probably) far more effective.

DeVos’ appointment just moves the fight to somewhere we have home court advantage.

It doesn’t mean the fight’s over.

This is going to meander a bit.

I mean no offense if you happen to identify as conservative – you do you – but for myself, I can't see the value.

Conservative thinking, really by definition, focuses on conserving the status quo – either that, or actively reverting to the way something was in the past. So, to me, that whole mindset demands backward movement, either culturally, politically, or intellectually. Or all of the above, or whatever.

That doesn't work for me. Especially because the "conservative" umbrella is, today, often used to shield really shitty people who want to go back to a point in time that was demonstrably more terrible for groups that Aren't White (or Aren't Male, or Aren't Us).

Now, some folks might say "When I say Conservative, I'm talking about Fiscally Conservative." Sure. Okay. Except even back in those times (Eisenhower? Let's say Eisenhower.) there were still a pile of bootstrap infrastructure things going on that helped people out through government programs and project spending. So… I don't think the name really matches whatever they're talking about, but whatever. I can leave that alone, maybe.

But when people talk about conservative social policies, there's is just no common ground for me there.

There is no point in American history where people were more equally treated than we are today, and we are still Absolute Shit.

EASY EXAMPLE, WHICH I HAVE HANDY: In Denver, in 2015, the average black household made 57% of the average white household.

So, either there are unacknowledged biases that make it twice as hard for black people in Denver to earn a living, or black people are roughly half as intelligent and hard-working as white people.

(I'll give you a hint: there's a right and a wrong answer.)

Native American families in Denver only make 37% of the white family average. The same two explanations for this are available. Look HARD at yourself if you think answer is different than in the previous paragraph.

… except cost of living went up about 37%, if I'm reading data.bls.gov correctly. (Disclaimer: I may not be.)

That's comparing households. Per capita comparison is actually worse: per capita, only Asians make more than 50% of the white average, in Denver. They make a whopping 60% of the white per capita average. Everyone else is at or below half.

The report (this one: http://www.city-data.com/income/income-Denver-Colorado.html) doesn't talk about women compared to men, but I know from other reports we get that it's equally shitty.

I mean, teachers used to get GREAT pay until it became a largely female-dominated profession – now it's terrible, and layered on to that gender discrimination, there's this weird undercurrent of bias whereby being a male teacher in anything other than college is KIND of like being a male nurse to people outside the profession? It's a 'female' job now so OF COURSE that's bad? WTF?

And this is the BEST we've ever been.

So… no, I'm not conservative. There isn't one thing behind us worth going back for.

Take your rosy memories, if you have them, and build a better version up ahead.

My new normal includes calling my Reps and Senators about important issues every day, and making sure they know there are people out in the world who care about this stuff. Bit by bit, it's having an effect. [http://thehill.com/homenews/senate/317379-gop-senator-to-vote-no-on-betsy-devos]

First on the list today was Mike Coffman, my rep. Now, Coffman's a Republican, and I'm not, and honestly I'm not expecting a lot of headway.

Here's the thing: Coffman did distance himself from Trump during the election – did say he wasn't voting for him, that Trump should withdraw, that he would hold Tan Dumplord accountable for his actions if he won.

And, so far, he has… kind of done that. [https://www.denverite.com/republican-rep-mike-coffmans-28334/] – It's a little weak, certainly open to interpretation, but it's there, and right now you take the wins you can get.

So, credit where it was due: I got a live person (wonder of wonders) and made sure to start off by commending Coffman on his statements regarding the Muslim Ban, and how glad I was to see him take that stand.

THEN I went into "And since he's made such a principled stand on the Muslim Ban, let's talk about what he needs to say about the White Supremacist civilian who just replaced two experienced, core members of the National Security Council…"

In pretty much any story – any fiction, that is – the amount of blatantly greedy and/or evil shit being pushed out by Trump's administration would see him shut down and tied to a chair by a group of plucky teenagers days ago.

And yet, nothing. He just keeps adding to the pile. Old Man Withers isn't even wearing the swamp monster mask – he doesn't think he needs to, and so far it looks like he's right.

Nobody listens to the hippies in the van.

Trump and his cronies took a look at the board and decided the other side just flat-out doesn't have enough pieces in play to stop one. goddamn. thing. they do. 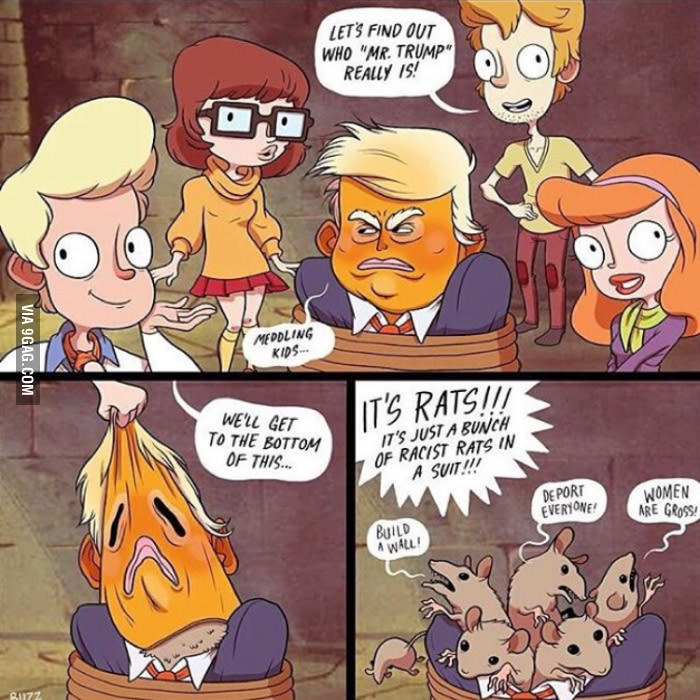 It may not seem like it, but I really do try to balance the doom and gloom stuff with things that, while maybe still newsy, are a little less horrible.

So, here's this piece I just read.

Now, don't get me wrong, I'm intensely, nauseously worried about where things are are right now, but I do appreciate a realistic take on events that is a little more optimistic about our chances, so I thought I'd share.

Don’t buy into the inevitability […]. That goes double if you feel like Trump is the end of the world.

Germany after WW1, Mugabe’s Zimbabwe, Russia during and after the Communist regime — they didn’t have strong civil societies and a strong tradition of government. The United States does. Despite how it may appear at the moment. 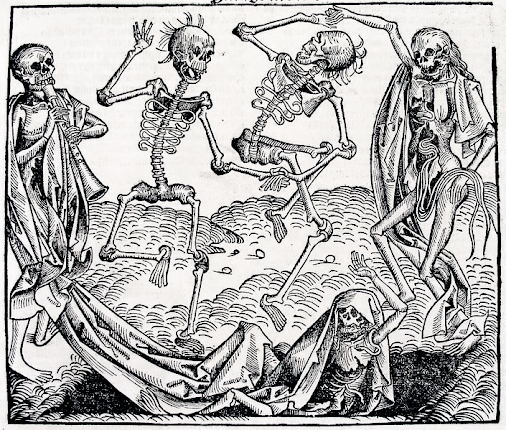 History is About the Past, That’s Kind of the Point
Why you shouldn’t buy into Tobias Stone’s end of the world article "Of all the prospects raised by the evolution of digital culture, the most tantalizing is the possibility that technology could fuse with politics to create a more civil society."

Still the best tech writing out there at the time.

Obama pledged before leaving office to only speak about Trump's policy moves “where I think our core values may be at stake.” Obama rejects comparison between Trump’s immigration policy and his own, encourages protests
A spokesman said Obama “is heartened by the level of engagement taking place in communities around the country.”