First of all, this is me: 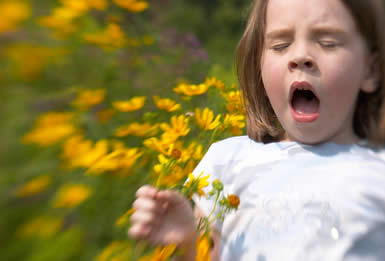 So, although I’ve technically been laid off, I’ve got a couple projects going on that make it seem a whole lot like I’m gainfully employed.

The first and foremost is a deal where I’m creating a bunch of online courses for my old job. I’m churning out about one interactive course every four days or so, which looks impossibly fast until you know that the material has already been tidily assembled, and all I need to do is write the script, voice it, assemble imagery to go with it, and code all the quizzes and final tests.

Then it just looks almost-impossibly fast.

It does provide a nice pattern, though, which has helped me with my aforementioned “when do I know I’m done for the day?” problem. On day one, I write the script. On day two, I voice it. On day three, layout, animation, and whatnot. One day four, quizzes. When I’m done with the stuff needed for that day, I stop. Voila.

That gives me time to work on the other project, which… well, it takes me back.

Mini-storytime
The first website I ever made was (it should surprise no one) for a game I was playing at the time. Like most things on the internet, even back then (this would have been around… 1992), I wasn’t the person who built it — I was just the guy who was asked to go in and fix it.

I’d never touched html before. I had to figure it all out as I went, and of course I didn’t have a manual or anything. Hell, I didn’t even have Google. I’d just poke around at stuff and figure out what I wanted to do, then horribly break something, figure out how to fix it, learn, and move on.

That website (and that game) disappeared into the mist of internet death a long long time ago; my first forays into web coding are mercifully lost in time, but that marked the beginning of my presence on the internet, and the start of my ongoing relationship with building websites. 18 years and counting. bears-cave. average-bear. random-average. Raw html in notepad. Frontpage. Blogger. Movable type. WordPress. mysql. Wikis. Forum installs, apache, php, bbcode, and god knows what else.

For me, it’s like math: I don’t know very much of it — I don’t carry the knowledge around, close at hand, the way I do knowledge of other things — but give me a few hours to refresh my memory and I can figure out a surprising amount.

Poke around random-average.com or this site or fireflywiki.org, and you might be under the impression I know what I’m doing. Or ktliterary.com, which marked something of a high point in both web design and wordpress kung-fu for me.

One of Kate’s clients, who also happens to be a dear friend who spoke at great and hilarious length at our wedding, has this website. It’s beautifully and professionally designed, and the one time I ever looked at the code (while I was helping her set up a Ning site for her fans — Nings: did I forget to mention nings? Nings are cool), it scared the shit out of me. The layout was accomplished entirely through tables — tables nested four and five levels deep in some cases — positively labyrinthine. A sort of massive, intricate structure composed of nothing but pixie-stix filled with nitroglycerin: do so much as sneeze and the whole damned thing would explode in your face. Intimidating, is the word.

Turns out, Maureen felt pretty much the same way. As a result, with the exception of the (blogger hosted) blog, nothing really got updated on the site because it was too damned easy to break something. Badly.

So a little while ago, Maureen guest-blogged on someone else’s site and got a taste of WordPress.

You can see where this is going.

It didn’t take long before she decided she wanted some of that wordpress goodness on her own site, and she asked me if I could take the blogger template, make a wordpress equivalent, port the whole thing over to be hosted on her actual website – where all those delicate, explodey static pages were – and… you know… make it all work.

I said sure, because… well, Maureen’s a little crazy, and sometimes crazy rubs off.

This little story is getting long, so let me sum up: I didn’t port over the blogger site.

Well, I didn’t just port it over. In order to make use of the the nice widget sidebars, modular headers and footers, and really everything else that embodies WordPress Cool, I had to take apart that scary nitro-pixie-code and rebuild it in neat little parcels.

… and when I was done with that, well… it really wasn’t THAT much more work to port in all those static pages as wordpress pages, make them less explodey, and put them where they could be, you know, updated.

And… you know… just port the whole damned site into wordpress, where MJ could actually have a site she could touch without losing a finger.

It’s not my design – I’m honestly not much of a designer – but if Mordin Solis has taught me only one thing, it’s this: it’s just as hard to modify an existing Deadly Thing without fucking it up as it is to create the thing from scratch in the first place.

So I’m pretty proud of it. You should see the “Edit Pages” display; it’s tidy. I learned a LOT of cool WordPress stuff.

Best of all, MJ seems happy with it.

And I don’t know if I’d have found the time to do this much work on it if I hadn’t been in my current weird employment situation.

So, there you go: bright spot.

Now then: back to work.