(Author’s Note: Chuck has a calmer assessment of this situation. I get worked up about this stuff. If that offends, I highly recommend his post.)

All right. Wow. There’s a lot to talk about here.

Once upon a time, the five major publishers in the country decided they wanted to sell their ebooks for about 15 bucks, give or take. Their reasoning and justifications given for this price point were (and continue to be) insultingly disingenuous; the real reason (in my opinion) I will sum up in this trite opening paragraph as “this new technology scares the holy fuck out of us, and we’d like to erect a price barrier around it to ensure that only wealthy early-adopters make use of it until about 2022, when we hope we will finally understand it.” (I will address their reasons in a more detailed manner below. Promise.)

Amazon took a look at this and decided to sell those books for ten bucks, instead. Given that they still have to pay publishers the same amount as they always did, and still owe the publisher the same percentage of fifteen dollars that they always have, it’s fair (if mildly mathematically inaccurate) to say that, by doing so, they were voluntarily losing 5 bucks on each ebook sale.

(“Losing” is a poor way to say it; they were setting themselves up to make considerably less per sale, but they hardly started hemorrhaging money.)

Why would they do this? Well, they haven’t said why, officially, but there are three main schools of thought on the subject:

I have listed these theories in descending order of likelihood/connection to reality. (Also, #2 is basically a fake-out: it doesn’t exist without either #1 or #3 as a motivator.)

Full disclosure: I have believed each of these three theories at some point in the past, though I’m currently standing by Theory #1, because (generally speaking) any theory about a corporation that ascribes the least amount of moral compunction and the highest amount of profit-mindedness is probably going to be the most accurate.

What’s the new News everyone’s on about?

Within the last 48 hours or so, all the books (paper or electronic) published by Macmillan or any imprint of Macmillan (Tor, St. Martins, etc) became unavailable for direct purchase via Amazon.com. (I say ‘for direct purchase’, because you can still buy em, but only from third-party businesses that sell through Amazon.) The NY Times talks about it here.

Basically what happened is that Macmillan struck a deal with Apple, in which Macmillan gets to set ebook prices at whatever price they want in the iBooks store, and in exchange, Apple gets a bigger chunk of the profit. Once that deal was set, they went to Amazon and proposed the same deal. This was Strong Arm Negotiation Move #1 (or #2, if you count the 9.99 pricing that Amazon adopted as String Arm Move #1, but that only works if Theory #2 is correct, and I don’t think it is — for Amazon, it’s not (primarily) about ebook pricing — it’s about selling Kindles.)

Then, Macmillan told Amazon that if they didn’t accept that proposal, Macmillan wouldn’t give them access to their ebooks until about six months after other distributors (read: B&N, iBooks) had it.

Amazon said no to this deal, and after what I can only imagine was an acrimonious end to the meeting, pulled all Macmillan stuff from their site. This was Strong Arm Negotiation Move #2.

I managed to stay out of the “debate” surrounding this for the better part of Saturday, until my wife (who is a bright and shining star in the industry, and thus gets industry communications brought right to our doorstep by scantily-clad delivery ‘boys’) brought it up after she got a panicked “special weekend edition” message from Publishers Marketplace, penned by John Sargent of Macmillan. At the time, it was an industry-only thing, but PW sensed the potential newsiness of the topic and made the letter freely available to the unwashed masses here.  An excerpt:

I want to parenthetically point something out here. Mr. Sargent is making a huge mistake in these two sentences:

I’m not trying to make some point with that — I just want to call out that the scale of this move on either side is not the same.

The debate on this event, such as it is, boils down to these two points:

Dear Proponents of Either Side: You’re both wrong.

The crippling costs of creating ebooks (writers: Macmillan isn’t on your side)

I’m going to go after “The cost to publish e-books Oh My God, Woe” side first, because it’s the next thing in the list of quotes I grabbed from various sites.

Over on The Harper Studio, we have this gem from 2009 explaining to all the unwashed why e-books cost just as much to make as hardbacks. Excerpt:

We still pay for the author advance, the editing, the copyediting, the proofreading, the cover and interior design, the illustrations, the sales kit, the marketing efforts, the publicity, and the staff that needs to coordinate all of the details that make books possible in these stages.

What an incredibly disingenuous pile of crap. I’m actually insulted that people think I’m so dim as to swallow this.

Yes, Harper, you have all those costs, but you only pay those costs once. You don’t get to claim those costs as justification for the price of ebooks when you’ve already paid those costs during normal dead-tree print-and-production — those costs are already your justification for high-priced hardbacks; by the author’s own statement, actually paper-printing a book costs about 2 bucks per unit, and it’s these production costs that drive hardback price points up. Don’t tell me you need to roll these expenses into ebook costs as well to make ends meet, because before ebooks existed, you were making money hand-over-fist without that revenue stream.

I’ve said it before, and I will keep saying it: once the process has been completed for printing a hardback, 90% of the production work necessary to create an ebook version of the same book is ALREADY DONE. The cost has already been paid.  If you try to sell me the same thing a second time, I’ll tell you to fuck off.

(Note: if someone wants to publish a new book as nothing but an ebook, then yes, they totally get to claim all the costs of copyediting and so forth, and I have no beef whatsoever with paying 15 or 20 or 25 bucks for said book — I do it ALL THE TIME with independently published, ebook-only, roleplaying games and think nothing of it.  But when ebooks are merely one part of a book’s list of available formats? No.)

And here’s some costs that paper books incur that ebooks don’t:

So let’s look at a normal, big-publisher ebook; one which is being produced along with hardback and paperback editions:

(Also: writers? If this “agency model” becomes the norm? Renegotiate your contracts, because you’re getting screwed.) 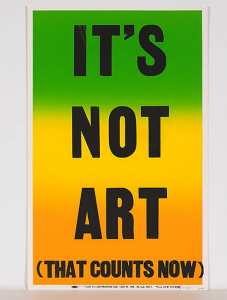 Anyway: I think it’s fair to say that fifteen bucks for an ebook, when the paperback edition incurs more production/distribution cost and is priced for half as much, appears to be, as they say, “fucking robbery”. Readers aren’t stupid. It doesn’t take much to look at the justification for current ebook prices and think “that’s just not fair.”

Especially when you don’t even end up owning the ebook the way you own a paper book.

Which brings me to Amazon.

Amazon isn’t on Your Side Either

The very idea of Amazon being portrayed as some kind of consumer-rights advocate when it comes to ebooks is insulting. Amazon’s Digital Rights Management (DRM) for the Kindle is a slap in the face to the traditions that surround the act of buying, reading, and most-of-all owning books.  Amazon’s ebooks are locked to the Kindle (or to Kindle-simulating software, also available from Amazon), and even if the book has no ‘official’ DRM, it’s still in a Kindle-only file format that no one is legally allowed to create a translator microbe for.

Thus, the grave-pissing level of insult that the Amazon ebook setup inflicts on readers. Now, you need a license agreement to read your new book. Now, you can’t share a good book with a friend. Or your wife. Or your kid. Copyright recognizes the reader’s rights to own, loan, gift, resell and read your books any way you want. But now, they aren’t ‘your’ books; you don’t own a book — you lease it.

Amazon wants that. They can fuck off, too.

Listen: you want to charge 15 bucks for an ebook? Fine.

If the market sustains it, fine. I don’t think the market will. I think you can sell an ebook for half the price of the paperback and still be essentially printing your own money. (And I am not alone in this opinion.)

I think it’s telling that readers are coming down on Amazon’s ‘side’ on this whole thing, even though Amazon clearly gives fuck-all for the reader’s rights. In as much as I can be said to have a side in this, I’m also on that side.

But I’m not standing too close to Amazon when I take that side. I would suggest the same level of care for anyone standing with either of these combatants.

Because those big bastards will trample you if you’re not careful, and they don’t care if they do.

“When elephants fight it is the grass that suffers.” — Kikuyu Proverb