Kaylee has been taking swimming lessons regularly pretty much since there was any portion of the pool in which she was tall enough to stand and not drown. It started out as a 'good idea' activity, continued because all her parents love the water, and reached the point where she showed interest in competitive meets.

This spring, she met the requirements for joining the local swim team and has spent very nearly every weekday evening this summer at the local rec center, practicing.

And when I say "local rec center", I mean the building – one of the neighborhood touchstones that predates most of the residential homes in the area – is literally three longish blocks away.

A few weeks ago, Kaylee said she'd like to walk down to practice on her own.

Context: My daughter, age 8, wanted to walk three blocks to a public recreation center she's visited literally thousands of times, so she could attend practice with forty other kids she knows very well.

After some consideration (and doing the trip via bike with her a couple times, just to verify she can navigate the route in her sleep), we said no.

Now, I want to be clear: It wasn't fear of abduction or anything like that – public perception to the contrary, that sort of crime is down, and down precipitously since I was a kid. The 24-hour news cycle turns every such story into national headlines, but hugely – I would even say criminally – skews our perception of reality.

It was fear of sort of crap you can read about in the story down below: some meddling neighbor sees an eight year old OMG WALKING ALONE IN SUBURBAN WILDERNESS and a couple minutes later the girl's parents are arrested by the sheriff's deputy.

It was, in short, a ridiculous fear.

But aren't most of them?

I linked to this new article not because of the events, but because of Lenore's comment at the end:

"These stories are rare and outrageous enough that they MAKE it to the news. I report them here to remind us that there is a power structure we MUST FIGHT that can take away our rights as parents, kids and citizens. But not that any time an 8-year-old goes to buy a $1 squirt gun, he’s going to get his parents arrested."

Yeah. I need to remember that. Little girl's growing up. I should be proud of her initiative, not worrying about some moronic spinster calling the cops.

"Hachette insisted that Amazon sell its books with "Digital Rights Management" that only Amazon is allowed to remove, and now Hachette can't afford to pull its books from Amazon, because its customers can only read their books with Amazon's technology."

Yep. DRM sucks. Ultimately, and eventually, it sucks for everyone, including the people who asked for it in the first place.

Good thing all the other big publishers didn't ask for DRM on their Amazon ebooks. Oh wait…

By the way: If you hate DRM and want a good audiobook to listen to, I have just the thing… http://doycetesterman.com/index.php/category/podcasts/hidden-things/ 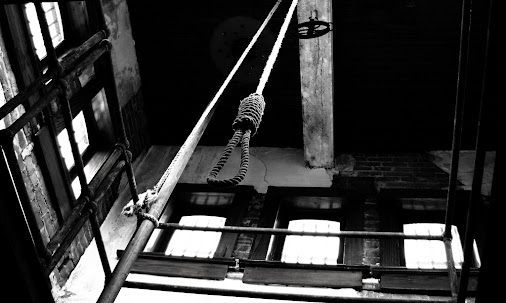 How Hachette made the rope that Amazon is hanging it with

In my latest Guardian column, “How Amazon is holding Hachette hostage,” I discuss the petard that the French publishing giant Hachette is being hoisted upon by Amazon.

At her request, my daughter and I took a few minutes to listen to an interview my granddad, Russel Testerman, gave back in 2007.

In this interview, which goes on about fifteen minutes, he shared more about his time in World War II than he had ever been willing to tell either me or my dad.

Thank you, veterans, for your sacrifice.

ABC is learning the hard way that if you don't make your product available legally then a lot of folks will be more than happy to get it illegally.

ABC’s New Online Restrictions Drive Users to Piracy –
As few weeks ago, ABC made the curious decision to make their content more difficult for consumer…

The most amusing moment at the 2014 spring residency came (for me) on the very last day, at lunch – sitting with +Bruce Holland Rogers, +Alex Clark-McGlenn, +Roz Ray, and +Michelle Hansen, discussing looming bacterial antibiotic immunity, global warming, Russian bacteriophage therapy, toxoplasmosis, and ophiocordyceps unilateralis fungi… watching each participant randomly losing track of the conversation for a few moments whenever they got (yet another) idea for a story.

"Also ran social network?" It's been running for how long? Second only to facebook and isn't a neverending class reunion? SIGN ME UP.

Only days before this functionality was announced, I and my writer friends were bemoaning the fact that you can't email people you 'know' quite well through G+. Now you can. I'm happy.

By all means, of course, control the access others have to you, but Doctorow's lack of perspective is disappointing.

"Also ran social network?" It's been running for how long? Second only to facebook and isn't a neverending class reunion? SIGN ME UP.

Only days before this functionality was announced, I and my writer friends were bemoaning the fact that you can't email people you 'know' quite well through G+. Now you can. I'm happy.

By all means, of course, control the access others have to you, but Doctorow's lack of perspective is disappointing.