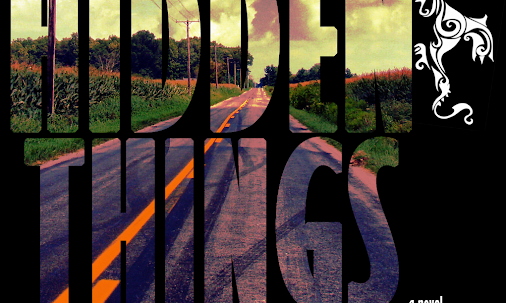 Hidden Things Audiobook – Podcast – Episode 23 |
Welcome back to the Hidden Things audiobook podcast, made available DRM-free thanks to the support our amazing Kickstarter backers. HTAudio-cover draft Q. New episodes every Monday and Wednesday. You can subscribe to the podcast with your preferred podcast app right here.

Welcome back to the Hidden Things audiobook podcast, made available DRM-free thanks to the support our amazing Kickstarter backers.

You can subscribe to the podcast with your preferred podcast app right here. The whole story will be available as a complete audiobook in mid-August. 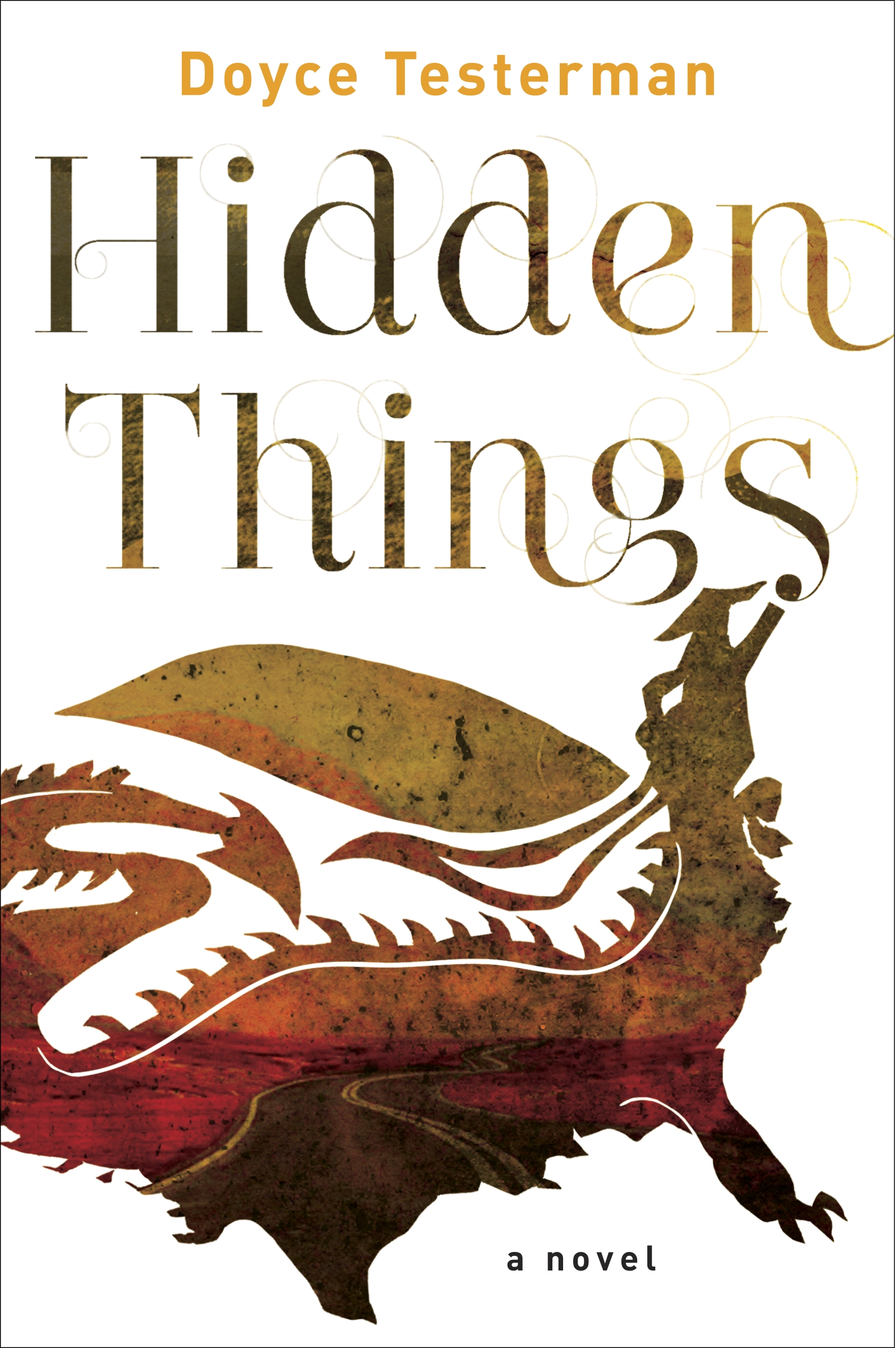 Can’t wait that long? You can pick up the book on Amazon!

Now, on to the story!

This is Episode 2, brought to you by Kickstarter backer Brennan Taylor.

At long last, we’re kicking off the (DRM-free!) podcast production of the Hidden Things audiobook, made possible by the support of our amazing Kickstarter backers.

You can subscribe to the podcast with your preferred podcast app right here. The whole story will be available as a complete audiobook in mid-August.

Can’t wait that long? You can pick up the book on Amazon!

Now, on to the story!

This is Episode 1, brought to you by Kickstarter backer Tobias Ferber.

Take some of your own writing and rewrite it in a different POV.

Those of you who’ve read Hidden Things, pull it out and read page four.

Mikey took the phone from me with his bad hand – the one that looked wrong. “She sounds… nice.”

I snorted, because it was funny. Ridiculous. My eyelids sagged. So tired. “Sure.”

He fidgeted, the way he used to, tugging at his clothes as if they were stuck to him. “I’m glad you decided to stay.”

“For now.” I tried to meet his eyes, but his face… The whole house, really: right and wrong. I remembered playing here, the two of us, sun fuzzies floating in the light through the window, the room so warm you’d get sleepy. No sun, now. The wind pushed at the walls, tested the windows, sent little rattling things over the roof or down through the walls — that at least hadn’t changed. “Long enough to get this straightened out.”

“You mean fix it.” His face was ugly. Ready to cry on one side, one step short of a screaming fit on the other. Ugly.

“I suppose.” I made myself stand straight — forced the slouch out of my shoulders and rolled my neck. “I made a promise, didn’t I?”

“And you always keep your promises.”

Had he always been so angry with me?

I turned away from the face. Stared out the window. “I try.”

“You try.” The thing’s voice was bitter. “Not when you won’t even look-”

“Shut…” I bit down on my own anger; on what it tried to make me say. “Just… shut up. I’m going to try. We will.” I looked back, forced myself to see him — really see him — but couldn’t hold it. “Maybe we can’t.” I turned away. The window was safer: easier to look at him in the reflection. “If we can’t, I’ll head home and try to figure something else out.”

“Head home?” I saw his window ghost hunch. Contract. “You are home, Josh.” His reflection faded. I heard the rasp of a dragging step behind me — his bad foot. “I thought you knew that.” The skittering in the walls changed – there was snickering now, and scraping, building up, like cicadas in the summer, but harder, harsher. Worse than I ever remembered.

My heart squeezed in my chest. I turned, trying to find my brother in the dark of the room.

Thirteen seconds later, I was dead.

Ooh. File this under “I almost wish I’d done it like that in the first place.”

I’m dreaming. I know that.

I also know I’m lying in bed, tossing and turning. Not sleeping well. Headache, throbbing — steel wool watch cap stretched over the back of my skull.

We don’t sneeze while we’re asleep; did you ever notice? We can hurt, though, and I hurt now.

I’m in a common lounge in a college dorm. It’s no room I’ve ever seen, and no college I’ve ever attended. College is a long while back, but I’d remember.

People are walking in and out. No one’s sitting.

I look at the other door — the one across the room — when it opens. There’s a girl there.

I drop to my knees. She stays standing. We’re both crying. Instantly. Silently.

I forgot you. The thought is from my waking mind, the tone incredulous and horrified. How did I ever forget you? How did you forget me?

She shakes her head, eyes locked on mine. She doesn’t know.

The phone is ringing.

I’ve been waiting for this ever since I wrote it, but my personal introduction for Hidden Things is now up on Harper Voyager Books, and with it, an introductory excerpt from the book.

I never thought of Hidden Things as urban fantasy (which is the way it’s often characterized) because ‘urban’ doesn’t really come into it very much, and it didn’t seem to have any of the trappings I typically associated with the genre. Vampires, sexy or otherwise, are nowhere to be seen; neither are werewolves. Ditto Chosen Ones, surly street wizards, or talking animal companions. There is magic, to be sure, but no spellbooks. Tattoos don’t factor in any significant way, and everyone’s is hair a reasonable, manageable length, and generally the right color.

My inspirations came from other areas: Hammett’s stories of Sam Spade and Continental Op gave me a frame of reference for early parts of the story, and the style and pacing of pulp science fiction and fantasy writers like Roger Zelazny have imprinted themselves on me so deeply I probably have Doorways in the Sand encoded somewhere in my DNA. Neil Gaiman’s light touch with the supernatural is something I’ve always loved, as well as Stephen King’s gift for characterization.

If you are at all on the fence about picking up the story, I suggest checking it out.

As always, Vayland Rd. is for my Dad. It’s not a subtle story, or graceful, or maybe even good — but I like it.

I originally wrote it as part of a fundraiser for prostate cancer research, which was the goblin Dad was fighting at the time. The prognosis was bad, but the end result was a full remission.

Since then, he’s fought another tribe of the little bastards, this time involving surgery around his mouth. He won that one, too.

He turns 60 today. We have the same birthday, actually.

Strong connections. Better than a silver needle in the collarbone any day.

So, on his birthday, I’ll say the same thing I said to him when I wrote the first draft of this silly, simple little story:

“You keep swinging, old man, and I’ll keep handing you the big sticks.”

Kate’s wanted to see this story for awhile, and kept asking about it, so in a way this revision is for her.

It’s also for Chuck, who reminded me of the goblin/cancer connection a few months ago.

Here’s a list of links to each part of the story, in order.

… and with that, I’m taking the day off.