All of these numbers are from the same CNN exit poll.

Statistically the strongest defining feature of the Trump supporter is whiteness.

Does this mean the majority of white people actively hate people of color and voted for Trump because they wanted a racist in charge?

No. That’s not how racism works.

What it means is that, as a result of unconscious racism, a LOT of white people who do not consider themselves racist ignored Trump’s racism and voted for him anyway.

They simply did not care about people of color enough to not vote for Trump.

That’s racism’s biggest effect: apathy to the point of allowing people to die because you can’t be bothered to keep them safe. 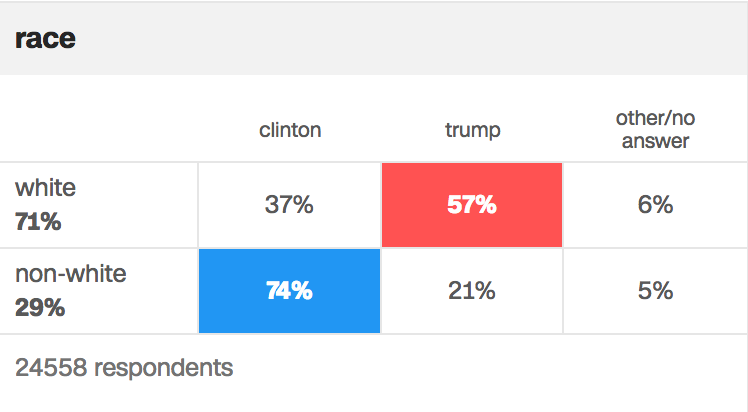