For the last few years, I’ve been disappointed by the idea that President Obama would, if the pattern of former presidents held, disappear from the national stage after leaving office. He’s still young (relative to the office), and a great motivator, organizer, and speaker. It seemed a terrible waste.

Also, I’ve long held the opinion that Obama has kept himself sharply in check as the President, both out of – as he says in the interview – “institutional” dictates, and his own sense of the dignity the office requires. I see why he’s done it, but it’s been frustrating (far more so for him, I imagine), especially since no one else in Washington seemed to restrain themselves in similar fashion.

Reading he intends to remain publicly active and, even better, return to more direct language about the things he cares about is, to my mind, fantastic news.

I look forward to supporting many years of his brand of activism. 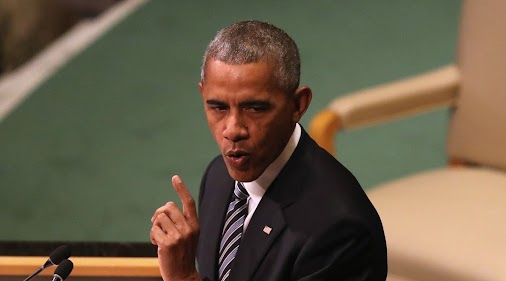 Obama: once out of office, I’m gonna stop being polite and start getting real
He made the comments to historian Doris Kearns Goodwin.