(Warning: I’ve got a bunch of use-em-or-lose-em exclamation points I needed to get up on the blog before they go stale. Seriously: leave them out too long and they start smelling like banana peels.)

Three cheers (and an ARC of Hidden Things) to The Original Edi for her submission to last week’s microfiction contest. In addition to the book, I’m also granting Edi the title “Biggest Fan I Have Who Hasn’t Actually Read the Book Yet” – a coveted rank of nobility she will be inheriting directly from parents, who no longer qualify.

(Related: Waiting for your non-genre-reading family members to finish your book? Nerve-wracking.)

There’s a lot of these floating around, considering the actual book’s not out yet.

Publishers Weekly started off with a pretty nice one, calling Hidden Things “a satisfying blend of noir and magic”, which makes it sound like a story that should be served in a highball glass. I approve.

Douglas Lord, who writes the always-fun Books for Dudes column for Library Journal, already gave Hidden Things some love at Book Expo America. I would have been entirely happy with that, but in his most recent round of reviews he had even more to say: “Calliope Jenkins is kind of an asskicker. Independent and sexy (not in a girly way), she’s a private investigator in the VI Warshawsky mold.”

And winning the award for Sentences I Never Thought I’d Write: MTV has some great things to say about the ComicCon panel I’m going to be on next weekend with John Scalzi.

I… don’t even know how to parse all the Surreal and Awesome contained in that one line.

I really really really want to give away at least one if not several ARCs at ComicCon, but I’ve kind of got stuck on the “how”, because I don’t have time to judge anything, but at the same time I don’t want to just hand one out to the first guy who walks up and says “Hey. Gimme a book.”

So, in honor of a dear friend I don’t see nearly enough right now, We Shall Have a Puzzle!

Once upon a time, just for fun, I designed a title page for Hidden Things, inspired by a scene in the book. For reasons that remain an utter mystery, Harper actually decided to use it, which made me really happy. Here’s my version, which is not as awesome as the version in the final print:

So here’s the contest:

There are 23 words in this puzzle that relate to the story.

Click on the image to get the big version and print it. Find them all. Circle them all. As one does. Five of the words have already been revealed, so, really, I’ve done like… half the work for you. (Shut up.)

Be the first person at ComicCon to present the completed version to me, and I will hand you an ARC and a pile of respect, because half the time I can’t find them all.

If you find 23 words, but it’s not the official 23 words (or if you find way more than 23), that will also count, especially if the unexpected words are cool.

But How Do I Find You At ComicCon?

Oh, right! Here’s the official times and places for my ComicCon Stuff:

Also, I’ve been informed that Friday I’ll be somewhat easy to identify, as I’ll be the guy dressed up as Jayne, wandering the Con with Kate (Kaylee Frye) and Sean (Wash), and you for damn sure will see me at some panels, acting like the squealing fanboy I am.

… crap, I still have exclamation points left over. 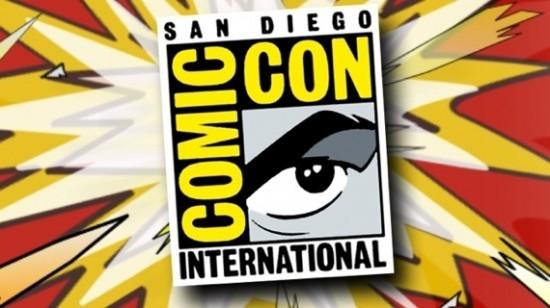 Description: “The pen is mightier than the sword if the sword is very short, and the pen is very sharp.” And these authors’ pens are…very sharp. But, as The Hitchhiker’s Guide so sagely advises, DON’T PANIC. Humor is everywhere you look in science fiction and fantasy. So, wrap your towel around your head to ward off noxious fumes, and join us for an irreverent hour celebrating sly wit and unholy humor with some of the most devilish quipsters, wisecrackers and satirists writing today. Warning: you will snicker. And you may just laugh out loud.

I’ll be doing some other stuff at the Con as well (when I’m not busy having a nerdgasm about being back there), but this is the first verified, we-know-what-time-it’s-happening thing. First, I’m pretty keen on the subject; second, I’m really excited about the potential conversation with that group of authors.