I think, “What would Terry do with this anger?” Then I pick up my pen, and I start to write.

A great piece by Neil Gaiman. 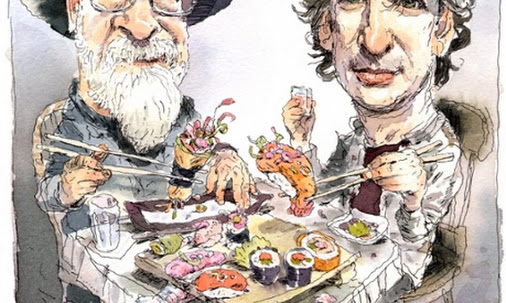 Neil Gaiman: ‘Terry Pratchett isn’t jolly. He’s angry’
Terry Pratchett may strike many as a twinkly old elf, but that’s not him at all. Fellow sci-fi novelist Neil Gaiman on the inner rage that drives his ailing friend’s writing