I want to be clear about something: I was (and am) a pretty poor student of grammar. I mean, yes: I understand it, and more importantly I understand its purpose. By and large I get it right in practice, but that’s as far as it goes; I can’t (for example) glibly define an independent clause, except to say this is one and you should be able to figure out the rest yourself.

Yet somehow, I manage to avoid profound embarrassment when expressing myself via the written word.

Mostly, this can be attributed to the fact that I’ve always been a big reader, and I (generally) read authors who were pretty good at slinging words around, then basically just did things the same way they did (consciously or otherwise). When, years later, I actually took the time to leaf through a copy of The Everyday Writer, the only big surprise was realizing some of these things I did had names.

None of this should be that surprising — observation of peers and mentors is the most primal method of learning in our little tribe of talking monkeys. I manage to dress myself every morning (underwear on the inside and everything), and while I might never make the cover of GQ (because, I presume, their editors have eyes), neither will I get arrested or kicked out of Starbucks. Again, I credit this daily victory not to hours spent memorizing twelve different ways to tie a tie, but a lifetime surrounded by people who look better when fully clothed, and know it.

So, let this be my disclaimer: I am no more an expert on prepositional phrases than I am on men’s hats, nor do I pretend to be. I know enough editors to know that their understanding of Chicago Style is encyclopedic, and that I would not want to do their jobs for any appreciable length of time — I can only assume (based entirely on watching The Devil Wears Prada) the same would be true in sartorial circles.

Put another way: I love my editors, and don’t intend to dismiss or make light of the work they do.

Over the course of the last few days, I’ve found myself caught in conversations about grammar — specifically, punctuation — and how it’s being either used or misused in my own creative work. This hasn’t been Happy Fun Times for me, both because it puts me on the opposite side of the net from people I respect, and because it turns out that I have some pretty strong feelings about the way my words go down on the page. The conversation goes something like this:

“I myself struggle with that exact thing and LOGICALLY, you’re right in this sitation, but we need to do it as indicated. See the Chicago Manual of Style, here…”

Part of my frustration stems from the slavish way in which something like, say, a style guide is held up as the Final Word in these discussions.

First, if we were talking about a news piece, or an academic paper, or some other kind of work of non-fiction, then fine: that’s all relevant; but we’re not talking about any of those things — we’re talking about a creative work, and when you’re talking about that, you’re talking about something which — often as not — is going to break a rule or two when judged by the same guidelines you follow for your sophomore Biology paper. We don’t go to an art show to see how precisely a painter can reproduce a photograph; we go see someone do new and interesting things with the medium, and maybe open our eyes a little bit. Likewise, I’m not picking up Jonathan Strange and Mr. Norrell to bask in way the author’s footnotes adhere to APA Citation Guidelines.

Second, I think it’s important when talking about a style guide to read the cover before you read the contents. When you do, two words kind of leap out at you: 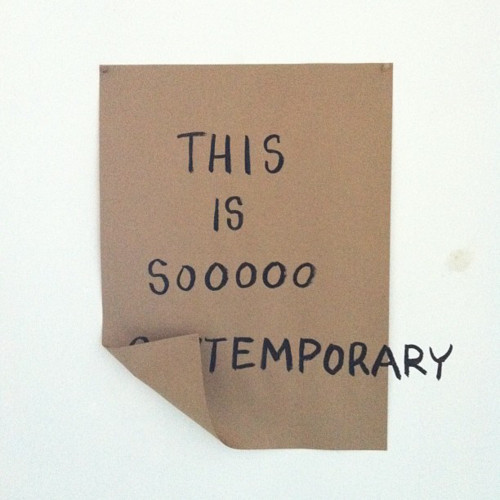 Something that’s hard for anyone to remember from day to day is the fact that our language — especially our spoken language, but certainly the written form as well — is constantly evolving. I mentioned before that I learned reasonably good habits from the writers that have come before me, but it would be a bad idea to emulate any of those authors exactly, because in the time since they wrote whatever it is I’m reading, the style has changed. What would have perhaps been perfectly legitimate at the time comes off today as stilted, archaic, confusing, contradictory, or (in the case of word choice) even insulting; certainly not the intent of the author, but the world has moved on.

The mutability of the language — of style — is something worth remembering, even if it’s difficult. Otherwise, you end up arguing about the “official” way in which commas and quotation marks need to interact, which is a bit like arguing with your kid about the perfect place to build a sandcastle while ignoring the fact high tide comes up in about three more hours.

The fact is, there is no official way; we’re referencing a style guide, not a rule book, and even if we want to treat it like one, we still need to acknowledge that any manual we pick up is merely one of a dozen of such guides out there, because even people who attach huge importance to such things can’t agree with each other on who’s right.

Partly because the people using the language keep changing it.

Also? Kind of ridiculous, especially the more seriously you take it. 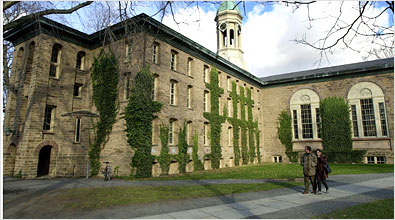 A guide is something or someone who shows the way. If you’re talking about a person, maybe they’re acting as a sort of role model, but let’s just focus on the idea of Inanimate Object as Guide — something that’s pretty much limited to providing directions or advice.

Don’t get me wrong: directions and advice are good things. Newcomers to any activity need a good guide, because they don’t know what they’re doing. There’s a tired trope in fantasy literature where some wizened old man says “Do thou go this way, and do not stray from the path, because you are all idiots and will get in a pile of trouble.” The easiest example of this (for me) involves Gandalf, thirteen dwarves, a hobbit, and Mirkwood — of course, Gandalf is right, and the Company doesn’t listen, and they have a much more difficult time crossing Mirkwood as a result. They don’t know enough to stay out of trouble; Gandalf is right to talk to them like bumbling idiots, because in this context that’s exactly what they are.

But Gandalf wouldn’t say such things to Radagast, would he? Radagast is a peer — it would be insulting. Similarly, though for different reasons, he wouldn’t say it to Strider, because while the Ranger isn’t, strictly speaking, a peer, he’s skilled enough, and Gandalf would (rightly) assume that he knows what he’s doing if he does decide to leave the path.

That’s not to say ol’ Strider is going to have an easy time of it. Maybe he stumbles. Maybe he runs afoul of some spiders. Maybe, crouched around a pale and flickering fire, he finds himself muttering “goddamn but I which I’d stayed on that path,” and spends the next three days backtracking to where everything first went wrong. Fine. Learning experience for Strider — good for him.

That’s what makes Strider a better writer. Ranger. Whatever. The first time he tries, maybe it doesn’t go that well, but he keeps trying his own thing, and eventually he’s fighting off nazgul with an improvised torch.

He’s become a pretty good guide in his own right.

Does he still have doubts, and ask for advice? Sure. But then he makes his own decisions, and eventually, people find themselves following his example, and it’s the Fourth Age, and the world has moved on.

So that’s my take on Style Guides: not so very immutable as you might believe.

But, it must be remembered, merely a reflection of their time, and a thing that we need to know when to ignore, if we’re ever going to find our own way.

(Some of you may find the fact that I’m resisting changes to nitpicky stuff like punctuation amusing, in light of the recent posts I’ve made about Bioware and why I think the players should have a voice in the game’s story and ending. Let me assure you that my own journey to publication is a perfect example of the work’s creator taking input from other people and making changes, and leave it at that.)

2 Replies to “The Tyranny of Style Guides: Let Us Not Be Slaves to Fashion”