Early this month in the comments for “the Gazebo post”, I wrote:

I’m definitely in the camp that believes you have to be the greatest defender of your time.

Sometimes, you need to defend your time from yourself.

I want to dig into this in a little more depth.

Now, I read those books because part of my day job involves taking high-concept crap like that and boiling it down for blue-collar guys who need to know it. The end result of all that reading was a two-hour class during which the students get a blank pocket notebook and a double-sided business card on which I printed the entire ‘manual’ for the class.

About two years after I started teaching that class (and generally adopted its methods for myself), my wife came to me ‘in an emotional state’, as they say.

If you don’t know, Kate runs a pretty successful literary agency, specializing in YA and middle grade fiction. She does a great job, but she was starting to feel like some things were getting away from her: emails were backing up, for example.

She asked me if I could help.

So I showed her my little business-card manual, and gave her the gist of the thing.

“That’s it?” she said. She looked doubtful, but muttered something about giving it a try.

Months later, she’s so caught up on her work that she gets private emails from other agents and editors that say “I don’t know how you do it! I can barely find the time have a nervous breakdown anymore, let alone keep up with actual work.”

So… just for fun, let’s say the little system works. Let me give you the absolute basics.

The crystalline core of the thing focuses on Doing, because we as a species suck at Doing. Between people interrupting us and babbling away with no provocation, reminders from our email and calendar, our phones, Twitter, IM clients, facebook, Tumblr, new readers, and… you know… a life, it’s just hard to block out some uninterrupted time and then actually use it for whatever task it was intended to be used for.

So we try solve that problem by doing two things at the same time: Checking Twitter while visiting with family. Emailing while making lunch. Writing while doing… anything else.

I’m mentioned before that there are very few activities during which I’ll multi-task; I think the list starts and ends with “folding laundry while watching a TV show”. Pretty much anything in my life that I think is important enough to do, I believe is important enough to get my full attention. When that doesn’t happen, the end result of the two ‘intermixed’ activities is usually substandard. In fact, every single activity you try to do while also dealing with some other activity will probably suck, even if you don’t notice it right away.

You must avoid doing that.

So, here’s a few rules I (try to) follow to help me DO during those times I have allocated for Doing.

This single-minded focus doesn’t have to go on for hours at a time. If you get on a writing streak then sure, go for it, but it doesn’t have to be that way. Do 30 minute sprints. Do 20 minutes. Do 10. Whatever works.

Eliminate all distractions. Shut off Twitter, Gmail, YIM, AIM, GTalk. Close your door, if you can. Make sure the cat, dog, kids, spouse, and coworkers are all are fed, then ignore them.

Don’t multi-task, and don’t let yourself get interrupted.

The supposed efficiency of multitasking is an illusion — it hurts your productivity, increases the chance of error, and generally makes the end product suck more than it should. It’s a good way to avoid two things you don’t really want to do by fucking them up simultaneously. Don’t do it.

The human brain is amazing in many many ways, but it positively sucks at concentrating on two things at once. As soon as you try, you can guarantee you’ll miss something important.

Stop and think about something for a second: who has unrestricted access to you at virtually any time?

The answer to that question says a lot about who you are.

I set my GTalk Status as Busy most of the time because I know that there are very few people who will be comfortable sending me an instant message anyway (provided they feel they have a good reason). The people that know me well enough to ignore that message are the people on my All-Access list.

If you don’t control this, you’ll be typing along, just getting into a groove, and someone will ping you. You need to answer, right? You don’t want to be rude.

So you answer, and they need you to do something for them, and… well… you don’t want to, but pretty soon you hear yourself saying: 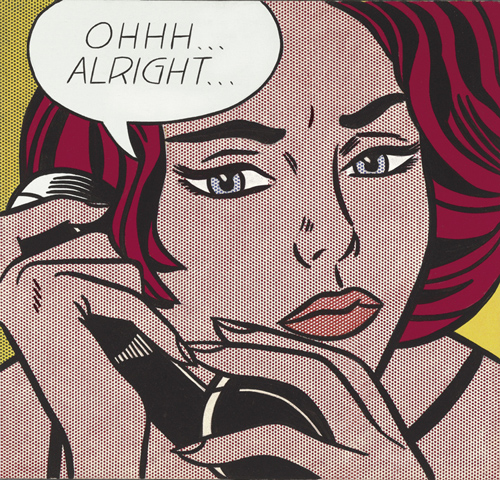 4. No one else gives a crap if you Finish.

Not even him. Not her either. No one.

Not even me; I’m distracting you RIGHT NOW with this post.

You are the only person who cares about getting your story done, and the only way to make that happen is to viciously (perhaps anti-socially) defend the blocks of time you set up to write.

“Sorry dude, but I’ve got another two pages to get done.”

You must do this, even if the interruption sounds like fun.

You must be cruel, even to yourself.

2 Replies to “Your Own Worst Enemy”