I’ve never been a fan of meeting new people. That’s an odd thing for an undeniable extrovert to say, but it’s true: walking up to a crowd of unfamiliar faces that all turn toward you with a blank lack of recognition? Not my favorite activity ever.

That reluctance kept me away from NaNoWriMo write-ins for many years.

The other thing that kept me away? The part where you go to a gathering of nanowrimo folks and don’t end up getting one fucking word written. Not really surprising, when you think about it: take a bunch of people who are working on a brand-new, shiny story, sit them all down with readily available caffeine, and watch them (us) turn into cute little chatty hunks of non-productivity.

Saturday was different, though. Saturday, after a long day in a long class, I decided to drop in at a local write-in to clear my head.

It won’t help me get caught up, I thought, but at least I’ll get a free nanowrimo monkey sticker out of it.

I showed up about an hour after it’d gotten started at the local bookstore (Tattered Cover), snagged a frozen latte, and walked over to the circle of couches and comfy chairs where our particular nerd herd tends to assemble.

Good turn out. Lots of folks, most of whom I didn’t recognize.

No one looked up.

I mean it: no one. Hands on the keyboards, butts in the chairs, eyes on the screen, tappity tap.

Damn, I thought. I found a chair, pulled out the writing machine, and got to it.

About fifteen minutes later, everyone suddenly looked up, blinked, and started chatting. Some got up to snag another coffee or hit the head. I looked around for the professional hypnotist. Folks compared word counts, chatted about disobedient main characters, compared their laptops and recommended writing software they liked. The local ML came over and hooked me up with my monkey sticker.

This… this was the nanowrimo write-in I knew; the one I expected.

About twenty minutes later, though, it all came to a stop again. Everyone was back, everyone got settled, and the ML said “Okay, are we ready for another sprint?” There was a general murmured agreement.

A gah what-now? I thought. The only time I heard that phrase was when I’d used Write or Die in the past.

“How long are we going this time?” she asked the group. “A little shorter? Fifteen?”

Again, agreement. She set a time on her laptop, tapped a key, and said “Go.”

I may not know much about how the writer-brain works, but I’ll tell you one thing that’s pretty consistent: it responds to deadlines. It responds especially well to looming deadlines.

I take back everything I ever said about the write-ins. Maybe the (excellent) MLs in Denver are the only ones to figure this little trick out, but maybe not — and if not, I have to recommend dropping by a write-in in your area. Socializing with the other nanowrimo crazies is always a good thing in the long run, but now it’s something else: now it helps.

Now, I like twitter, but I don’t love the easily available distraction it provides when you need to get some writing done, so what changed my mind? Two things.

2a. The #nanowrimo hashtag

If you need a little inspiration, I humbly recommend checking out the #nanowrimo hashtag on twitter. For one thing, it’s really kind of neat to see all these excited and creative people talking about what they’re working on, but it also really encourages to you to get your butt in a chair and write.

How does it do that? The same way that seeing a guy you really don’t with an “I Voted” sticker on his shirt will get you to the Ballot Booth — all it takes is about four tweets where some rat bastard is all like “Just broke 30k on my #nanowrimo WIP” to get me back in my chair. Shame and Resentment, baby: that’s what makes the world go ’round.

I hadn’t heard about NaNoWordSprints until a few days ago, and I highly recommend it if you can’t make a write-in but still want that feeling of someone firing off a starting gun and saying “Go!” It’s like a write-in for shut-ins. It seems to be something semi-official being done by the NaNoWriMo folks. Check it out. Make Twitter actually help you out this year.

Marathons are hard; even people who run them all the time know they’re hard. People who do them for fun are a) crazy and b) actually running a more difficult race than the ‘regulars’ are, because they probably trained less, run less, and may not really know what they’re getting themselves into. They show up for the race and the veteran runners are like: 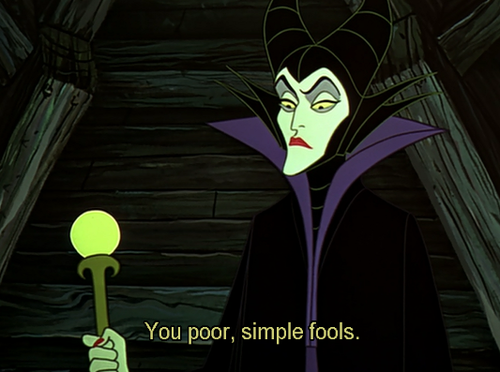 This NaNoWriMo thing is the same kind of deal. As De points out, professional authors like to say they they do NaNoWriMo every month and while that’s a cute answer, it’s not – strictly speaking – true. Yeah, they’ll often knock out 50k in a month, but for most everyone doing NaNoWriMo, it’s not just about getting the word count, it’s about getting the word count while holding down another full time job, filling out TPS reports, getting the kids to school, taking care of all the things that need to be done around the house, and all that.

Have help. Make friends. Connect with the folks who are running this crazy-ass race with you — who also don’t know really know what they’re in for. The whole thing may drive you crazy, but at least you’ll have company.

(Personal hurrah: Hidden Things is heading back out to publishers today to see who salutes. I am pleased. Agent Shana is pleased. Even some of the editors getting it are pleased. A good way to start the day. I took a look at an old copy of Hidden Things this weekend — the version that I actually queried with several years ago — it’s approximately 68% the size of the current manuscript, and even that version was a far different animal than the very first NaNoWriMo copy. I will throat punch anyone who tells me their NaNoWriMo story is ready for publication as of December 1st. I will do so jovially, but still: throat punch.)