Tonight marks the conclusion of the fall season of the bowling league in which I, my wife, and several of my game-geek friends participate.

In a way, it’s a weird return to my childhood. While bowling continues to grow in popularity in the U.S., bowling league participation dwindles, but such was not the case when I was a little kid. Both my parents bowl (and bowled), and I can remember many Saturday nights when my folks couldn’t get a sitter and my sister and I spent the evening running around the alley, screwing up someone’s game of pool, or mastering a sliding tile game that I only got to mess with during league play.

So about a year ago, one of our gamer friends asked if we’d be interested, and my wife thought it’d be a good way to meet people in her new home town, and I thought “sure, I’m a pretty decent bowler, why not?” (Funny thing: being around bowling doesn’t actually make you a good bowler. Who knew?)

So we dove in. We got shoes. (Those of you who know my wife know she needs very little provocation or encouragement to buy shoes.) I bought her a bowling ball for Christmas. We didn’t do that great that season, but we had a pretty good time.

The next season started up, and we decided to keep playing.

And now it’s eighteen months later. Tonight is the last week of play for the fall league. The team that Kate and I are on (Crazy Bowling Monkeys) is in first place. Kate’s the #1 Most Improved women’s bowler. I’m #1 Most Improved men’s. Between us and the other gamer-geek team (White and Nerdy, with Ninja Pin Action), there is not a “leader” category we don’t pretty much dominate. It’s kind of awesome.

Obviously, with the big showdown tonight, it’s on my mind, so I thought I’d write down some stuff I’ve learned about Bowling in the last year and a half. 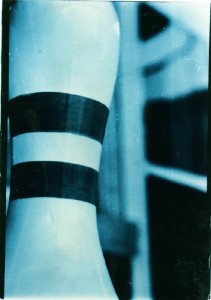 It’s a hassle. Sometimes you have to bring your kids along and keep them distracted (and in turn be distracted by them). But the only way to enjoy the game is to play the game, and (if you’re me) try to get better.

2. Getting better takes time. And lots of repetition.

I was never a horrible bowler. Sure, I’ve had horrible games, but I don’t know that I was ever really super-bad (and the nice thing about bowling is that you can still help your team out even if you kinda suck).

But I’ve always wanted to do well. I may not have learned a ton about the technical bits of bowling as a kid, but I did learn what good bowling looked like. I saw a lot of it. Hell, I heard a lot of it. I wanted my ball to do this, and the pins to do that, and the noise they all make to go cracka-boom.

So I keep working at it, and what used to be a 120 average is now a 160 average, and for all that that’s pretty respectable, not a game goes by that I can’t name a dozen things I did wrong, even on the strikes.

It seems counter-intuitive, but aiming at the pins you want to knock down is a pretty good way to ensure you’ll hit fuck-all when you throw the ball. There are these great little arrows on the lane that are about a third to half-way down, and you aim at those. They’re close enough to hit with some accuracy, for one thing, so you use them as your front-sight (shooting reference). Basically, it’s not the end result you think about, it’s the beginning and the middle that you work to get right, and the cracka-boom will follow.

Generally speaking, if you start from the same spot every time, and you hit the right arrow, the end result is assured considerably more likely. That’s why you do the repetition — you figure out what works and what doesn’t, then you do the ‘what works’ thing over and over again until it’s hard not to.

5. Don’t be consistent when it’s not working…

Lanes dry out and suddenly the ball hooks too much. Or the lane-monkeys greased the damn thing up and nothing hooks at all. Or your pants are too tight. Or you shouldn’t have had a beer. Or you should have had a beer. Or you’re distracted from work, or family, or your kid with the tile-sliding game. Whatever the reason, The Thing You Do to Make the Pins Go Boom ain’t working: not by a little, but by a lot.

See when that’s happening, and try something else. If that doesn’t work either, sometimes you just have to laugh a little at the whole stupid game and have a good time while you rack up a terrible, terrible score.

6. … but don’t freak out when it’s almost working.

The hardest thing to deal with in bowling is a split — when you leave a couple pins behind, and they’re physically separated from one another by a great and terrible distance. And here’s a hard fact: the difference between a strike and a split is fractions of an inch. Or the exact same throw, but at a different speed. A spare is usually a strike that just didn’t quite strike.

So what do you do if you’re throwing a bunch of splits?

Nothing. The errors are small. Sometimes they aren’t even visible, and you’re left looking at the lane saying “are you kidding me?” In those situations, you just suck it up, go get your ball, and try to clean the mess up as best as you can with the second roll. You’re not doing anything wrong, it’s just not quite working, so keep throwing the ball the same way you have been, and eventually – probably – the kinks will work out.

7. Have fun. Don’t look at the scoreboard.

Is it a sport or is it a game? Could you go pro if you get good enough? Are we going to place this season?

These are all silly questions.

It’s something you enjoy, so do it. If you get really really good at it, maybe you’ll get back a little prize money when the season’s over. Maybe you’ll get a patch for your shirt, or a fridge magnet.

But seriously, who cares? If you can’t remember that it’s supposed to be something you like doing — maybe even love doing — why waste the time?

Yeah, you gotta show up, and you have to play a lot (a LOT) to get better (and take some other player’s advice, and maybe a few lessons, and, again, lots of practice). All good play is also good work, I think, and vice-versa.

But the fact is this: You will never be good if you forget how to enjoy it. Never ever.

There. I’m all done talking about bowling now. Too bad none of this applies to any other activity. Ahh well.

2 Replies to “What I’ve learned about Bowling”