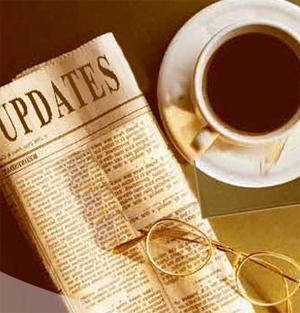 I’m writing a novel this month , and once again I’m surprised by the (recurring) fact that the process is different than anything that’s gone before. I keep hoping that eventually my writing process will develop some kind of pattern, but it hasn’t happened yet.
Unlike previous efforts, however, I’m not entirely comfortable with this one. Here’s a few ways this year’s effort is deviating.
1. Due to the technical limitations of the software I prefer to use vs. the story I’m writing, I am forced to use Microsoft Word for the first-draft writing. This is entirely my fault, because I’m including some typographic elements that more plain-jane programs don’t (and shouldn’t) support.
2. I had two pretty clear ideas for a story, and had to pick one, because they aren’t remotely similar. Hell, I’m not even sure they’re in the same genre. Normally, I have about half of one idea. I’m actually writing the story I came up with more recently, and not at all the one I’d planned on.
3. I’m reading other books while I’m writing. Not at the same moment, but interwoven with the writing. I do not usually do that, simply because I’m a bit compulsive about wanting to finish a story once I start it, and that gets in the way of the writing. Also, I’m reading something that’s much more in tune with the story I’m NOT writing (Stephen King), than something that is (Terry Pratchett or maybe To Say Nothing of the Dog, but with airships and flamethrowers).
4. I’m not at all sure I picked the right story to write. I tend to write stories set in places I could live in (with a twist, but still) and not in made-up fantasy worlds. (That’s not entirely fair, because I wrote Spindle, and that’s a made up fantasy world, but by the time I was done with it, it didn’t feel like one, and the caricatures felt like regular people, so maybe I’m being a over-dramatic artist type and I should just cut it out.) My main reason for thinking this is that almost every single word in this story has come hard. I’m not saying that that never happens — everyone has days where you have to just pound the words out of the keyboard one painful syllable at the time — but I’ve never had it happen this close to the beginning of the story.

It’s close enough to the start that I still fiddle with the idea of switching to the other thing that (I think) would be easier to write, if not as much fun. I don’t think I will, mind you — it’s just one of those thing I mull1 over consciously, while my lizard brain works in the background to unearth the next part of the story for me — but it’s odd all the same, even to be pondering switching horses once the race starts.
I guess I’ll be interested to see where things are at ten thousand words.
________________
1 – De opines that I’m not allowed to say I muse, so instead I mull.

2 Replies to “Down the same road, sideways”