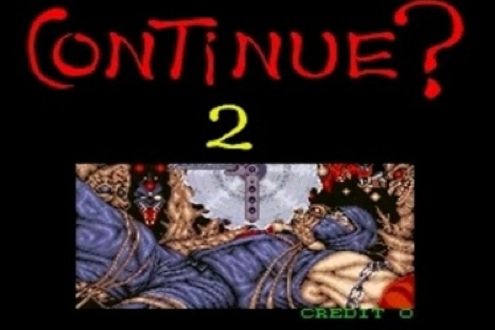 END_OF_DOCUMENT_TOKEN_TO_BE_REPLACED

((This post is basically just me being unable to get all my thoughts to fit into Twitter-sized posts. Deal.))

We’ve really enjoyed the Scott Pilgrim comics around Casa Testerman, and I was excited (and determined) to see the six-book series to its conclusion prior to seeing the movie. Dave was nice enough to cart the new stuff back home from SDCC (thanks, Dave!) and help me along that OCD/CDO road — I think I squeezed in book 6 between my daughter’s birthday party and The Weddingening on Saturday.

And… I gotta say, it kinda left me cold.

It wasn’t that it didn’t wrap things up. Things were wrapped. No doubt about that.

Okay, you know what it was like? Let me tell you.

A couple years ago (actually, five years ago), I wrapped up this really long, bog-standard DnD game. I was a little sick of running that set of rules, to be honest (4+ years with 3.0 and 3.5) and somehow I managed to talk the group into playing Heroquest after that (the RPG, not the old, completely unrelated boardgame). I had a fun set up for the game, which was designed to be a little bit sandboxy and yet sort of a short run — maybe a dozen sessions — a palate cleanser, you might say.

Anyway, the game was pretty darn good. Enjoyable. Really let the players kind of dig in and do some fun stuff.

But we ran into time constraints. Kaylee was on the way (or had just been born — details are fuzzy), and the scheduling for the game had always been a struggle.

So… somewhere near the end, but not AT the end (Session 8: a big bad, but not THE Big Bad, lay in a steaming pile of dead at the heroes feet), we were sitting around the table and trying to schedule when to play next, and it just wasn’t happening.

So for about 30 minutes, I sat there and told them other stuff that had been going on. As I said, it was a sandbox-style game, so it’s anyone’s guess as to what they might or might not have ended up dealing with if we’d kept playing, but I mentioned it all. Who was behind this. What that was about. What the deal was with that one weird magical thing. Who was sleeping with her. And him. And them. And why. What I figured would probably happen with that one girl. And that other dude.

It would probably taken about two more proper game sessions to actually get some real closure on the game, and some of the stuff I told them about would never have come up, but rather than make the effort to play two more sessions in their own time, I just mashed it all together into one big infodump that kind of sorta looked like a story, but was really just me making sure I told everyone everything that had been in my head, before some kind of imaginary deadline came and went.

That’s pretty much what I think of Scott Pilgrim #6: an enjoyable but kind of chaotic and hollow info dump, where the creator should have instead taken the time to give proper attention to everything — probably in at least two more books instead of one — without worrying about getting it out before some external deadline (the release of the movie).

I liked it, but I didn’t lesbian it.

Then I went to see the movie. Here’s what I think about the movie.

I think the movie crew took the books and did what the best book-to-movie adaptions do: boiled the whole thing down to the highest level of clarity. It also moved a few things around, taking stuff from the book that had been incidental and making it more important; more useful. It was a kind of surgical operation, making Frankenstein’s monster into a leaner, meaner, prettier creature.

Yeah, it was boiling for clarity and surgery. Surgical cooking. Shut up.

It didn’t do what some of the Harry Potter movies do and try to get as much as possible jammed in. It didn’t go the opposite direction and bring in too little.

Honestly, it helped me understand the books better than I had, and any movie that does that is really pulling off something good.

And the movie itself? So. Much. Fun.

I loved the way they used the imagery from the books. I loved the casting. (I kind of adored what they did with Knives Chau, who was a second-string character in the books and totally a first-string star in the movie.)

I loved the kind of anachronistic, Dark City-esque, timeless style of Toronto (mostly as expressed in the video games and computer tech). AOL mail. Apple IIes. Tetris. Zelda… and on the other end of things, Dance Dance Ninja Revolution and not-Starbucks.

It just… it worked. The books worked too — they’re very fun — but the movie?

The movie I highly recommend. 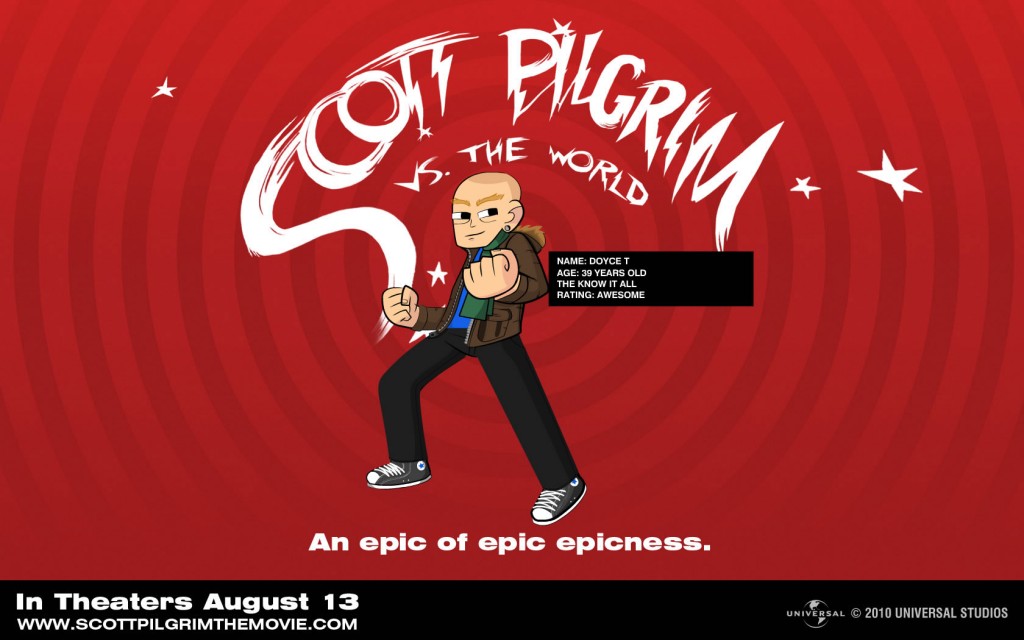