I got a new Pebble back in September. LOVED it. Very happy.

It stopped charging about about a week and a half ago, so… two and half months?

Start the RMA/Support process. Things are progressing toward a replacement unit being sent.

And suddenly, about 4 days ago, nothing. No responses. No emails. Nothing.

And then I hear Fitbit bought Pebble.

Then I hear they bought pieces of Pebble.

_ … that leaves Pebble’s loyal customers out in the cold. [T]hose customers are, in fact, royally screwed._

“One-to-one Pebble support is no longer available” and “any Pebble currently out in the wild is no longer covered by or eligible for warranty exchange.” This means, no matter when you purchased or received your Pebble device, you are on your own—and if your device dies, you’re simply out a device. Any warranty you might have been promised from Pebble directly is void.

So that's a fair bit of money for a device that worked for ten weeks, from a company that worked eleven. 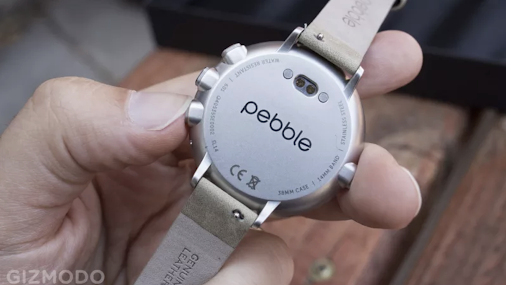 Pebble Is Dead, and Its Customers Are Completely Screwed
Pebble, one of the best-known smartwatch brands, is dead. Rumors about the company’s demise have been swirling since The Information reported a potential Fitbit buyout last week. Today in a post on Kickstarter, Pebble confirmed that Fitbit was acquiring “key Pebble assets” and that Pebble would “no longer be operating as in independent company.”