So awhile back (damned if I know exactly when), Amy Spalding (who’s one of the coolio authors Kate represents) muttered something about being stuck on a scene she was writing.

And I was like, “Ninjas. They attack. Problem solved. The end. You’re welcome.”

And she was like, “Dude. I write YA Romance. No ninjas.”

And I was like, “DUDE. Genre-Appropriate Ninjas. GAN. The GAN in YA Romance is Kissing. ATTACK!”

And then she was like, “Whoa… that totally works.”

So let’s talk about Genre-Appropriate Ninjas and how they make everything better.

“Have somebody come in guns blazing, and figure out who they are later.” — Raymond Chandler

Man… Chandler. There was a guy who knew about ninjas. Am I right? Chandler had a method with his stories that make them — at least for me — kind of breathless. There’s no fat there — no time when the main character gets to just sit still for a little bit and simply ruminate like a thoughtful cow. No. He might get a moment or two, and then boom, something happens. There’s no downtime — there’s always something that the MC needs to react to.

All those things are what I like to call ninjas.

It isn’t all throwing stars and bullets

Put simply, a genre-appropriate ninja attack is any sort of event or piece of information that requires action (and often a significant choice) from one of your characters. (A particularly fun G.A.N. attack is when that’s all true, and you don’t already know what they’re gonna choose.)

Don’t get me wrong, I like throwing stars and bullets, but the Chandler quote up there highlights only one small part of the larger Ninja Toolbox, and let me assure you he used the whole thing — why should we do any less?

You know the thing in the noir detective thriller where the main character is like “Damn, I need to talk to Sarah McHotness and get some answers out of her, but no one knows where she is… ahh hell, I’m just gonna go back to my office and sack out for a couple hours, I’m beat.” Then he gets back to his office, and who’s waiting in his office chair? Sarah McHotness herself, of course; the one person it couldn’t possibly be, it is, so now what do you do, hotshot? The cops want to talk to her, the mob wants to kill her, anyone standing near her is probably a dead man, and she’s hiding in your office. Go!

Sarah is totally a ninja attack. Sure, so is the guy who comes in guns blazing a few pages later, but that’s the obvious ninja attack; one thing we know about ninjas: the subtle ones are the most dangerous.

Chandler uses the HELL out of these things. Every time the story pacing starts to lag — hell, any time the speedometer drops below fifty — he attacks the scene with something unexpected that the MC has to react to: guy with gun, lady with a problem, married lady making with the kissy-face, dead partner, cops show up for a chat, mob shows up for a chat, cops and the mob show up for a chat at the same time, automotive homicide, et cetera. That’s what I mean when I say his stories are kind of breathless — he never lets up.

(Complete aside: As a result of this method, his stories — and many if not most good stories from that era and somewhat later — are lean, mean, storytelling machines that rip right off the page and tear down your eye canals in about 150 pages or less. They are whip-thin racing greyhounds, and the bloated 750 page couch potatoes clogging up bookstore shelves today could do with a big dose of the cardio workout that the previous generation of writers gave their books. But I digress.)

Also, if your story’s wrapping up too fast, GAN attacks are great for throwing a monkeywrench complication that stretches things out some more.

What Is it About, Then?

So here I go repeating myself. A Genre-Appropriate Ninja attack is:

And, just in case you missed it, every scene should have something like this – a conflict – going on. Any scene that doesn’t is pointless cruft.

The benefits of these things are:

Speaking without any sort of genre specifics in mind, I think you can break your GAN attack down into a few types.

Dilemma: You grab two Important Things and make up a situation that forces the character to make a decision between those two things. Finding the Important Things is pretty easy – take what you know or think you know about the character, pick two things that seem to be roughly equal in importance, and set up a situation where somebody’s gotta choose. This sort of GAN might result in the character losing the thing they didn’t choose, but this isn’t necessary, and it might be better (read: more incredibly awkward and painful for the character at a later point in the story) if that doesn’t happen, and the un-chosen thing/person comes back to confront them with a heartfelt “What the hell?!” 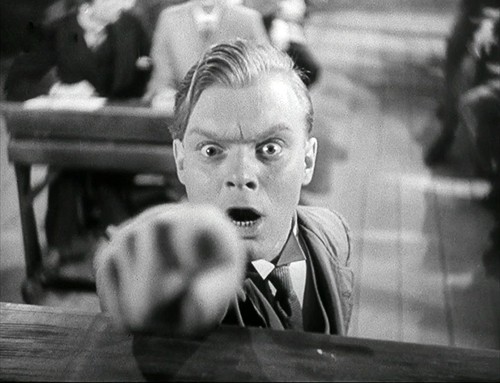 Be ready: your character may decide to pull a Batman and change the situation: they don’t accept that they can’t get one thing without losing the other, so they put a third thing at risk, trying to save both of the original things. This is awesome. Go with it.

The cool thing is you can start out with a small either/or decision and continue to revisit that choice, gradually amping up the tension.

Which leads us to:

Escalation: this is essentially returning to some previously-introduced Dilemma, upping the stakes. Basically, you take the unselected option from a previous dilemma and make it more important or more endangered. Maybe before the choice wasn’t life or death, and now it is. Maybe it affects more people this time. 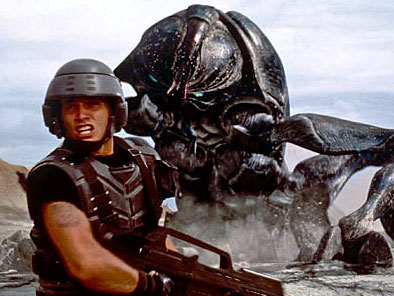 Identity Crisis: Someone thinks they’re one thing, and they find out they’re something or someone else.

There. Hit em with the Sith Lord Daddy and see what happens.

Something Totally Weird: Exactly what it sounds like. Something really weird happens which can’t be ignored because it’s so… weird. With no particular clue about a solution, what we learn about the character (hopefully) is how they try to address the event.

Maybe they go a little crazy.

Actual Ninjas: You’re kind of out of moral dilemmas, but you still need to get the action going. It’s at moments like these that we give the floor to the Reverend Raymond Chandler. Boom. Bang. Kiiiyah. Fzzzwap. Kaboom. Kapow. Braaaaaaains. Whatever.

Take this guy. Give him a knife. Oh yeah. Good times.

Does your guy fight or run? Do they freeze? Are there innocents to protect? Valuable stuff that needs to be kept from harm? Watch, learn, and write it down.

Every story has ninjas

I thought I might go through a list of genres and list out specific Genre-Appropriate Ninjas, but I like this idea better: Think about it for about 60 seconds, and then tell me in the comments what kind of ninja attack ideas you came up with for your story. Alien abduction? The authorities show up? The authorities don’t show up? The deal falls through? The jock asks her out before the cute nerd has a chance to?